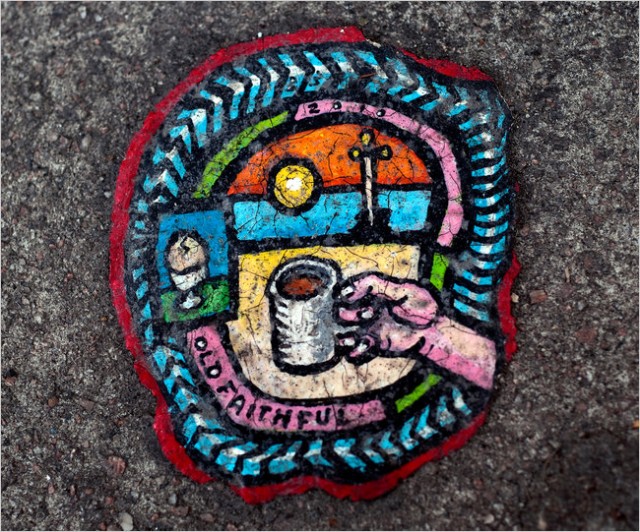 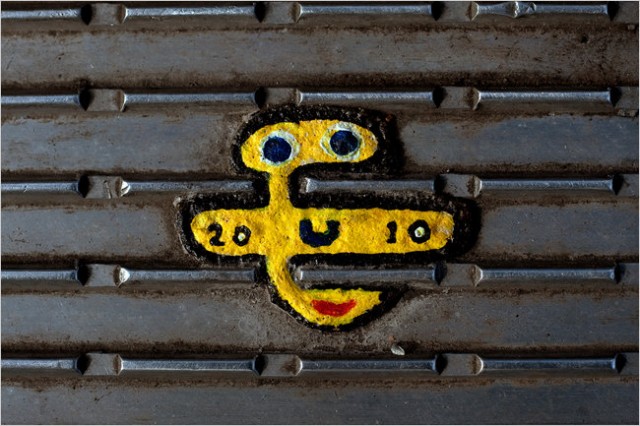 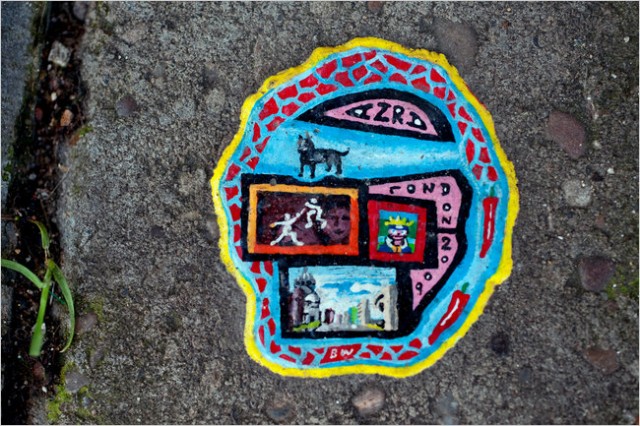 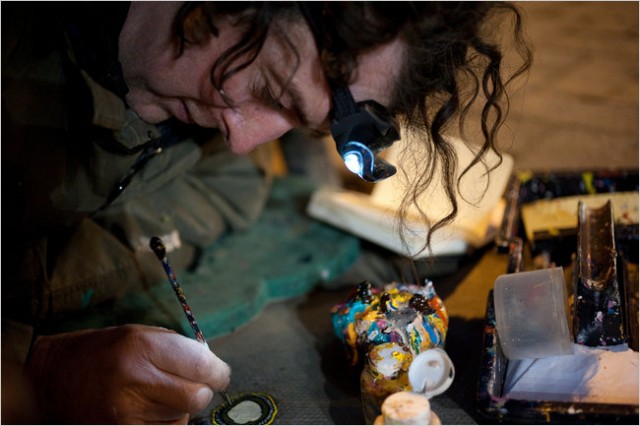 British artist Ben Wilson uses discarded chewing gum blobs on pavement as canvasses for his tiny paintings. Over the past six years, Wilson has created more than 10,000 of the paintings, mainly in North London (Flickr user Rahid has a photo set of about 100 examples). The New York Times recently published an article on Wilson and his work.