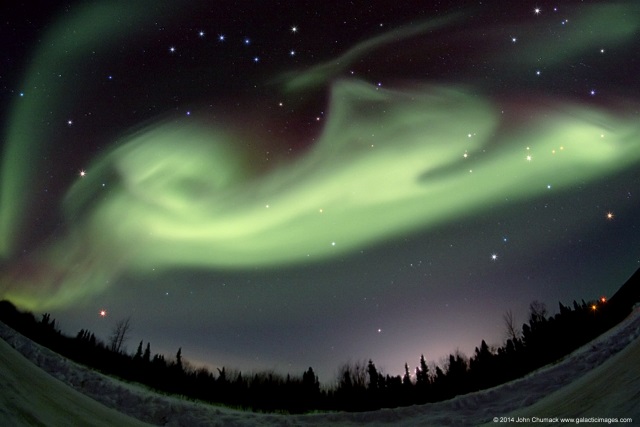 Astrophotographer John Chumack caught an incredible photo in March of an aurora over Alaska that just so happened to look quite a bit like a dog in the sky. The photo, caught by a wide-angle lens during a 15-second exposure, also happened to pick up a number of stars and planets like Mars and Jupiter.

via Astronomy Picture of the Day