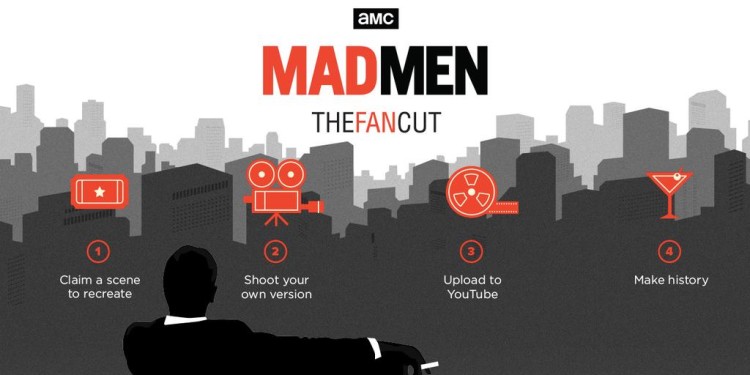 AMC has asked fans to recreate the pilot episode of its hit show Mad Men one scene at a time as way of celebrating the show’s final episodes. Fans can claim individual scenes to remake from the Mad Men The Fan Cut site and upload their own version to YouTube. AMC will combine the fan-made clips into a Fan Cut of the pilot episode. Some clips from the episode have already been fully claimed by fans, so interested parties should claim their favorite scenes before they’re gone.

The final episodes of Mad Men are scheduled to begin airing on April 5, 2015.