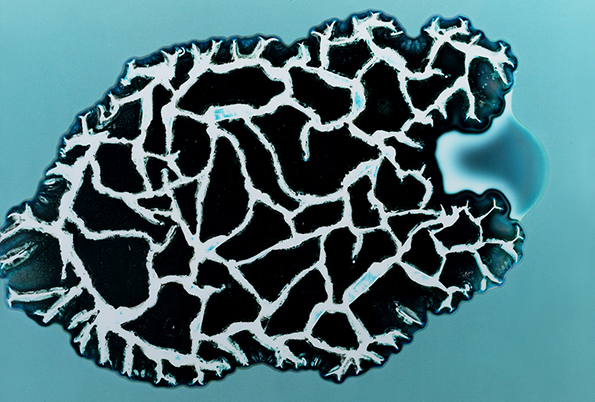 In the photo series “All you can feel,” artist Sarah Schönfeld visualizes various legal and illegal psychoactive substances by creating photographs from negatives that have been exposed to the subtances. To create each image, Schönfeld placed a drop of the substnace on to an exposed film negative and waited for it to react with the film. She then made a large format print from each negative, revealing the bizarre, often beautiful effect of the substances. The series is available as a book and is currently on display at the Heidelberger Kunstverein in Heidelberg, Germany through February 2, 2014. For more on the series, see Schönfeld’s interview with Kaltblut Magazine. 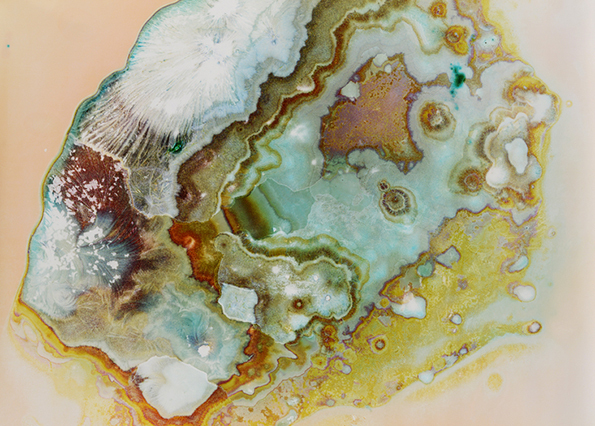 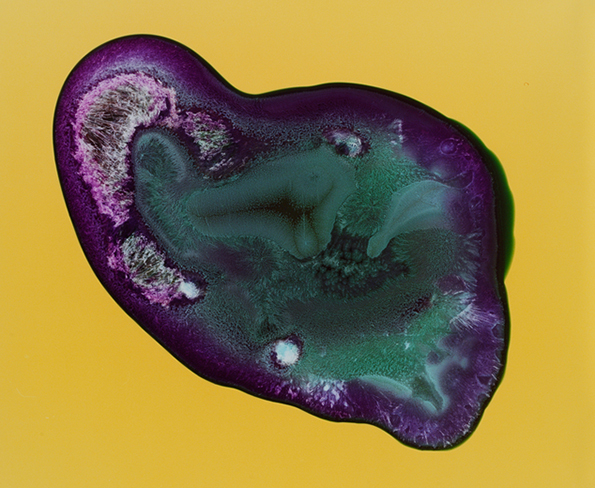 via It’s Nice That, Colossal