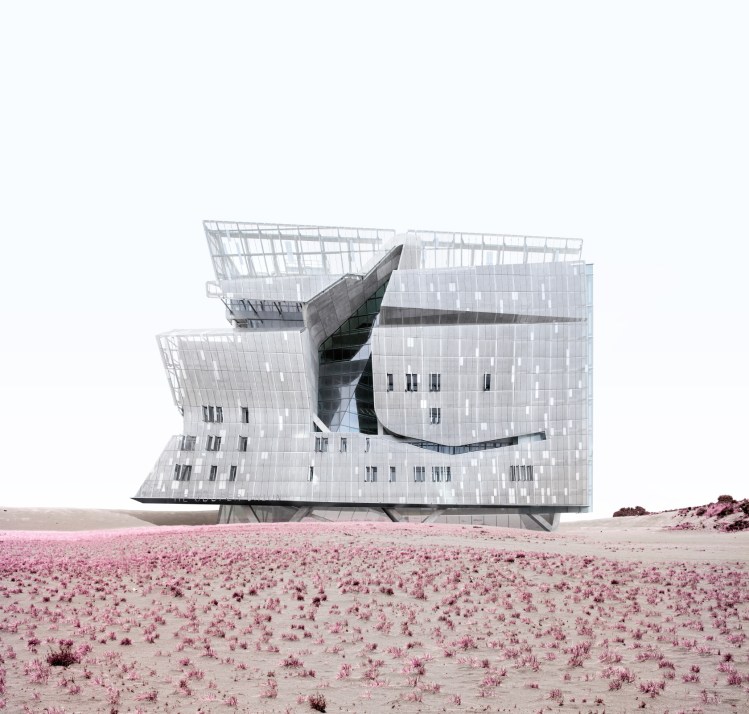 Brooklyn photographer Anton Repponen has created “Misplaced New York“, a very playful series that digitally inserts 11 of the most recognizable buildings of New York City into remote, desolate locations around the world, taking them completely out of context and into the future. The humorous accompanying descriptions, written by Jon Earle explains each landmark.

Eleven New York City landmarks have been misplaced, their current location unknown. Photographs of unclear origin appear to show them scattered across the globe – on sand dunes, mud flats, “lunar” plains, and rocky beaches. …The Misplaced Series removes notable New York buildings from their surroundings and “misplaces” them in desolate landscapes around the world. Concrete behemoths and steel-and-glass towers rise from sand dunes and rocky cliffs, inviting viewers to see them as if for the first time. Out of context, architectural forms become more pronounced and easily understood. Each image is accompanied by a vignette, a flight of fancy that enhances the overall sense of absurdity, mystery, and humor. They are like scenes from a movie never made, fitting companions to images that could never actually be. 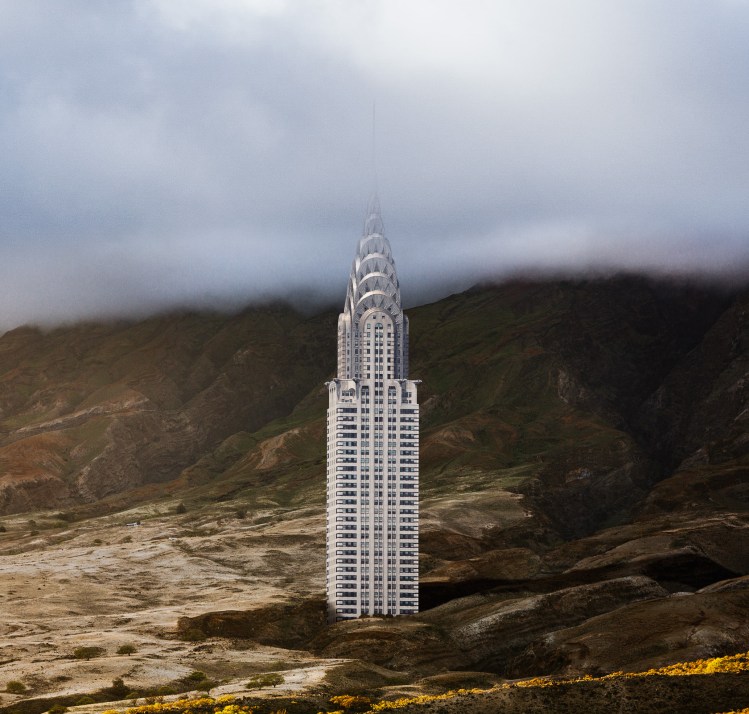 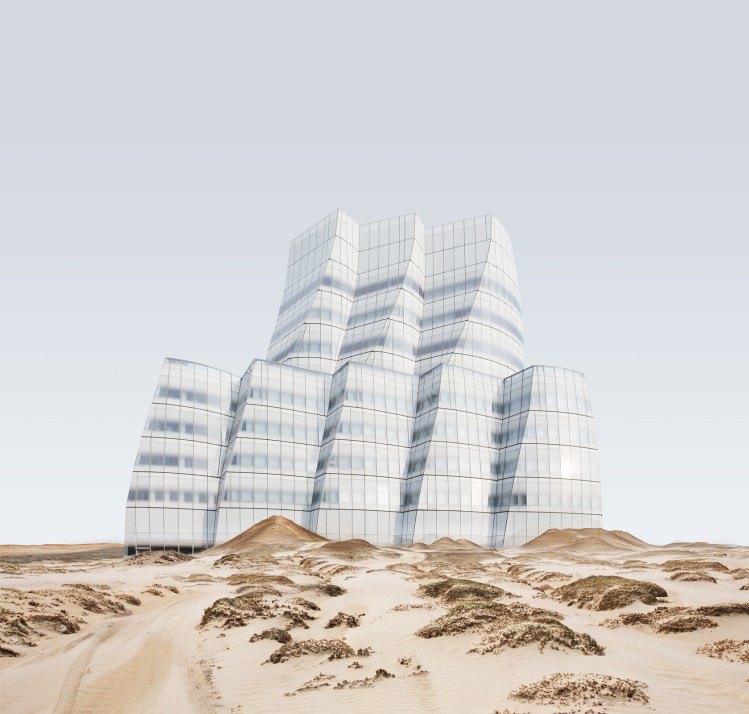 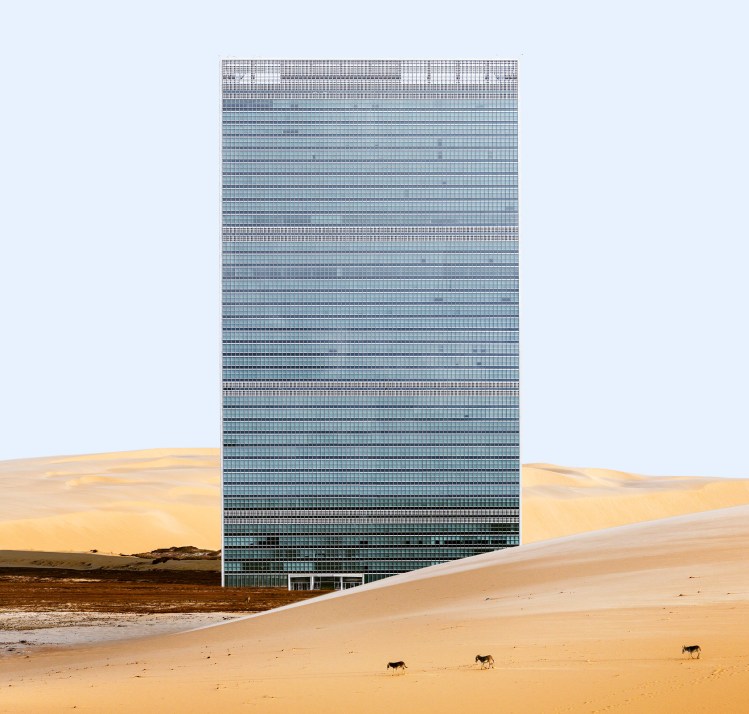 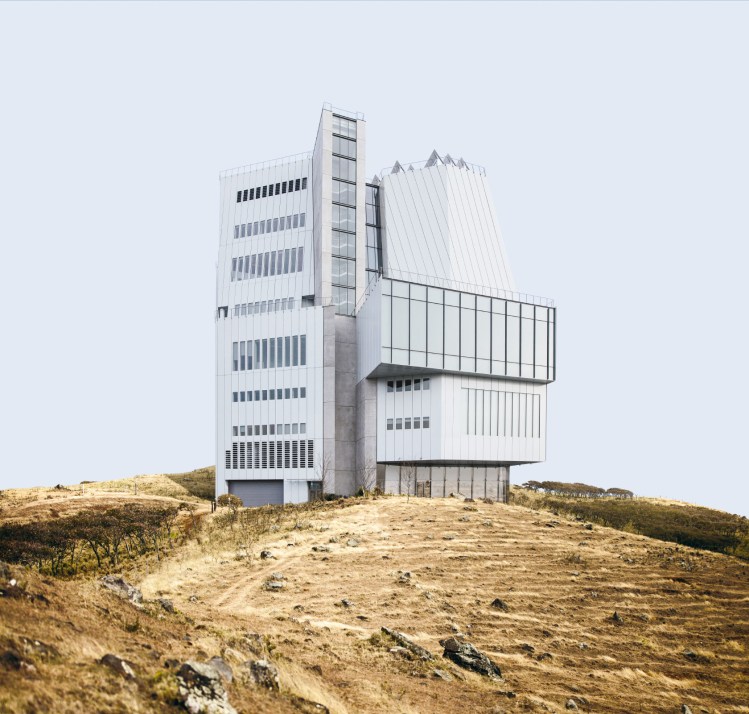 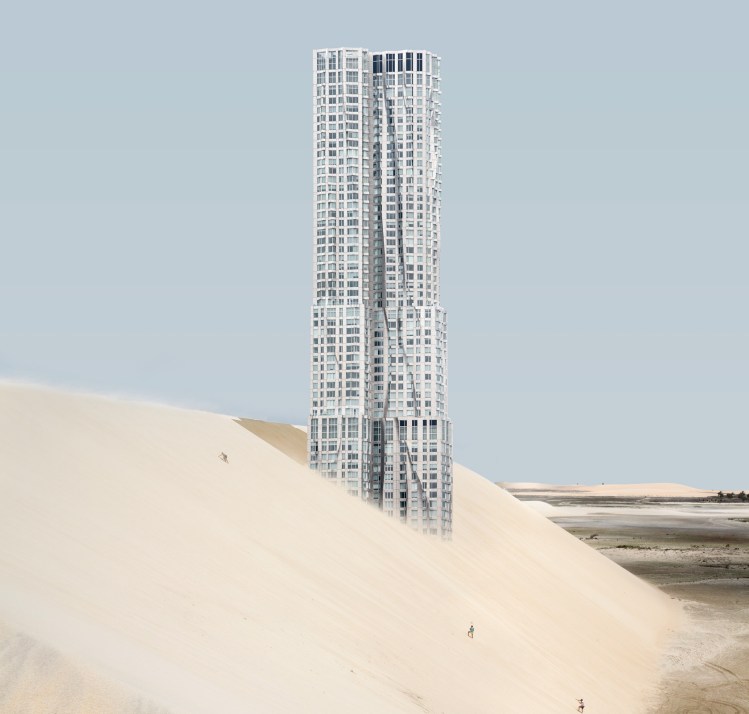