Countless wildebeest form living eddies and currents as they cross the Mara River in Tanzania in an incredible time-lapse video shot by wildlife photographers (and brothers) Matt and Will Burrard-Lucas. The time-lapse earned the brothers a nomination for the 2014 Wildlife Photographer of the Year award. 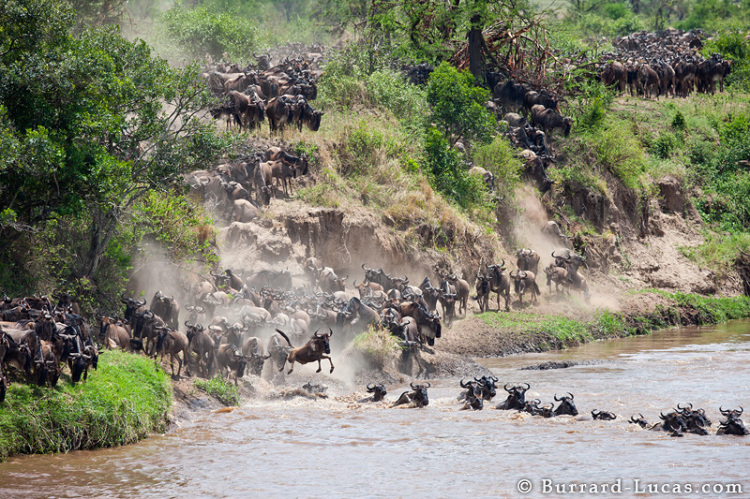