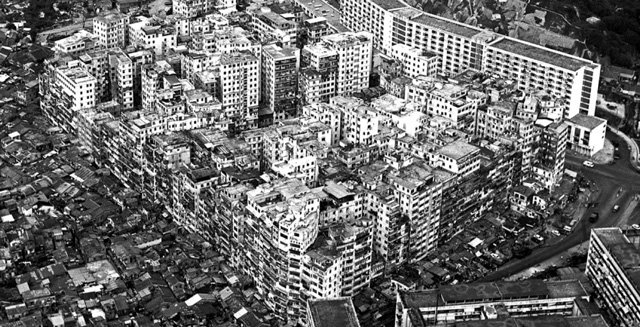 Back in April, The Wall Street Journal posted this fascinating interactive feature on Kowloon Walled City, a notoriously overcrowded enclave in Hong Kong that housed 33,000 people in 300 interconnected buildings. The enclave was torn down in 1994, after decades of problems with crime, drug use, and poor living conditions. We previously posted about photographer Greg Girard’s photo series of the final years of Kowloon Walled City.

photo via The Wall Street Journal