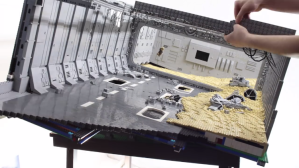 LEGO builders Grant Davis and Eli Willsea teamed up in a timelapse video where they piece together the wrecked Super Star Destroyer, as seen in The Force Awakens, found on the sandy surface of Jakku. The massive LEGO ship came complete with Rey scavenging for parts inside. via io9 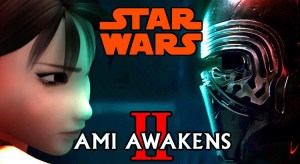 Ami Yamato, a 3D animated vlogger from London that does not appear to know she is virtual, released a new video where she is edited into Star Wars: The Force Awakens. Yamato made Kylo Ren‘s blood boil by enjoying a soothing massage chair, beating him in a game of Rock-Paper-Scissors… 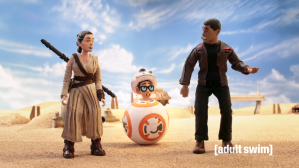 In “The Farce Awokens”, a stop-motion animated Star Wars parody by Robot Chicken, a very vocal Gary the Nerd inserted his pasty presence into the character of BB-8 and rolled around the plot of Star Wars: The Force Awakens. Needless to say, Gary’s version of the adorable round robot was… 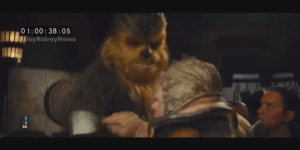 Trailers and BTS has shared a deleted scene from Star Wars: The Force Awakens that features the powerful Wookiee, Chewbacca, stepping in to help out Rey and ripping off Unkar Plutt‘s arm. 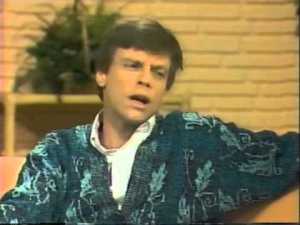 Galaxy of Toys shared a vintage interview with Mark Hamill from 1983 where he talks about how he and George Lucas discussed Luke Skywalker‘s future mentor role in Star Wars: The Force Awakens. 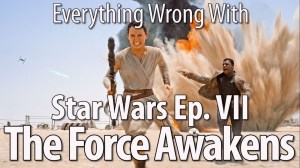 CinemaSins presents their take on everything that is wrong with Star Wars: The Force Awakens. 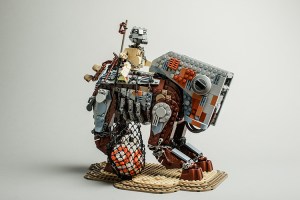 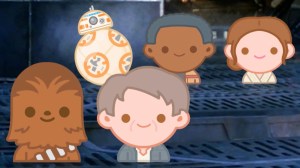