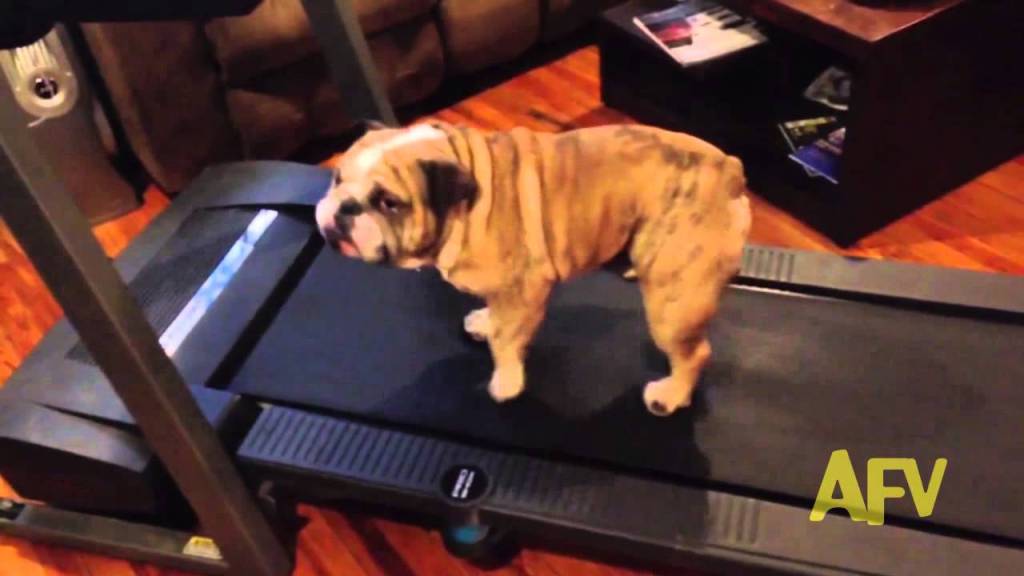 A dubious little English bulldog who was a bit confused about getting his daily exercise on the family treadmill, could only offer a perfunctory, halfhearted effort to go the extra mile on the machine. Another English bulldog confidently demonstrates how walking on the treadmill is really done. 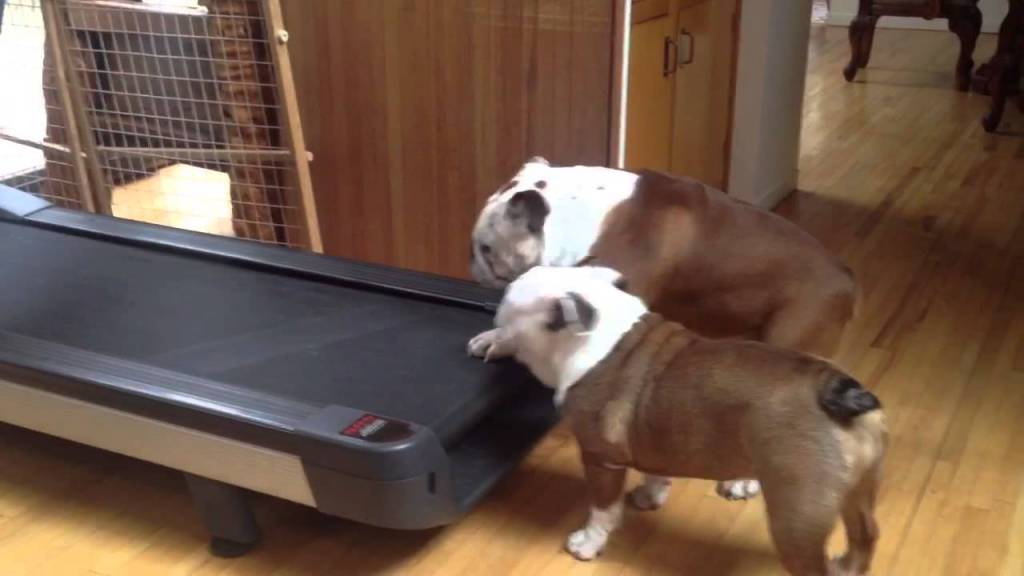 A couple of really funny English bulldog siblings hilariously squabble over which of them gets to run on their human‘s treadmill first. The argument evidently lasted for about three weeks before one of them could even get a single paw onto the running board. 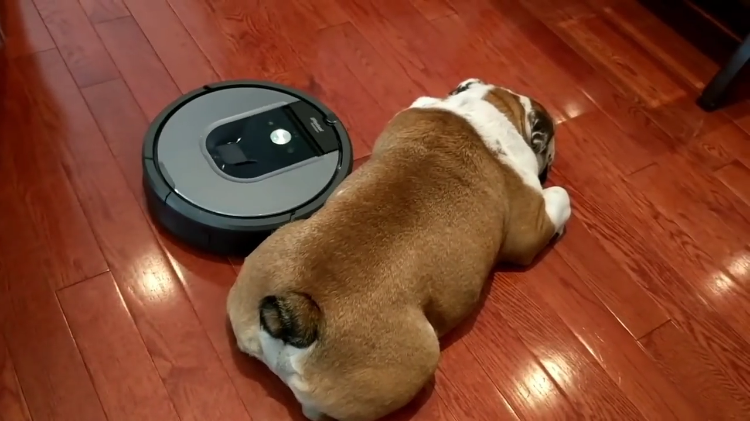 English bulldogs are known to have some quirky personalities. Some skateboard, some do a backwards moonwalk, some watch television in an upright position, some like to work out on a treadmill, some warn of televised danger and some just like to sit around snoring. One such English bulldog named Bosco became a fixed object while…